When Men Murder Women: An Analysis of 2019 Homicide Data

When Men Murder Women is an annual study released by the VPC for Domestic Violence Awareness Month in October. State by state, the study details the circumstances of all reported homicides of women by men in single-victim/single-offender incidents. The study also ranks the states based on their rate of females killed by males. This research is used by state and local advocates to educate the public and policymakers on the realities of domestic violence and promote effective solutions to protect women and children from abusers. 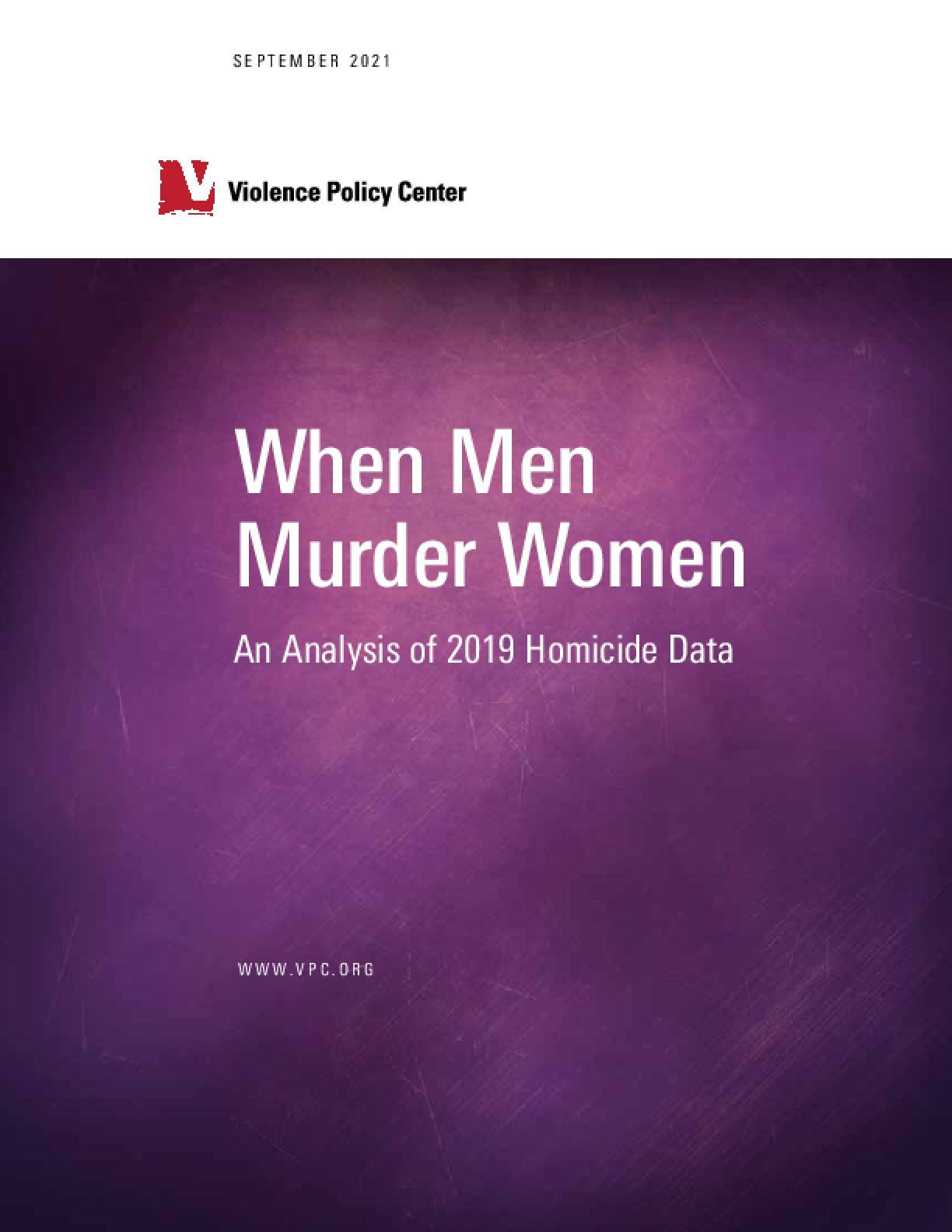