What can economic research tell us about the effect of abortion access on women’s lives?

Dobbs v. Jackson Women's Health Organization considers the constitutionality of a 2018 Mississippi law that prohibits women from accessing abortions after 15 weeks of pregnancy. This case is widely expected to determine the fate of Roe v. Wade as Mississippi is directly challenging the precedent set by the Supreme Court's decisions in Roe, which protects abortion access before fetal viability (typically between 24 and 28 weeks of pregnancy). On December 1, 2021, the Supreme Court will hear oral arguments in Dobbs v. Jackson. In asking the Court to overturn Roe, the state of Mississippi offers reassurances that "there is simply no causal link between the availability of abortion and the capacity of women to act in society" and hence no reason to believe that abortion access has shaped "the ability of women to participate equally in the economic and social life of the Nation" as the Court had previously held.

While the debate over abortion often centers on largely intractable subjective questions of ethics and morality, in this instance the Court is being asked to consider an objective question about the causal effects of abortion access on the lives of women and their families. The field of economics affords insights into these objective questions through the application of sophisticated methodological approaches that can be used to isolate and measure the causal effects of abortion access on reproductive, social, and economic outcomes for women and their families. 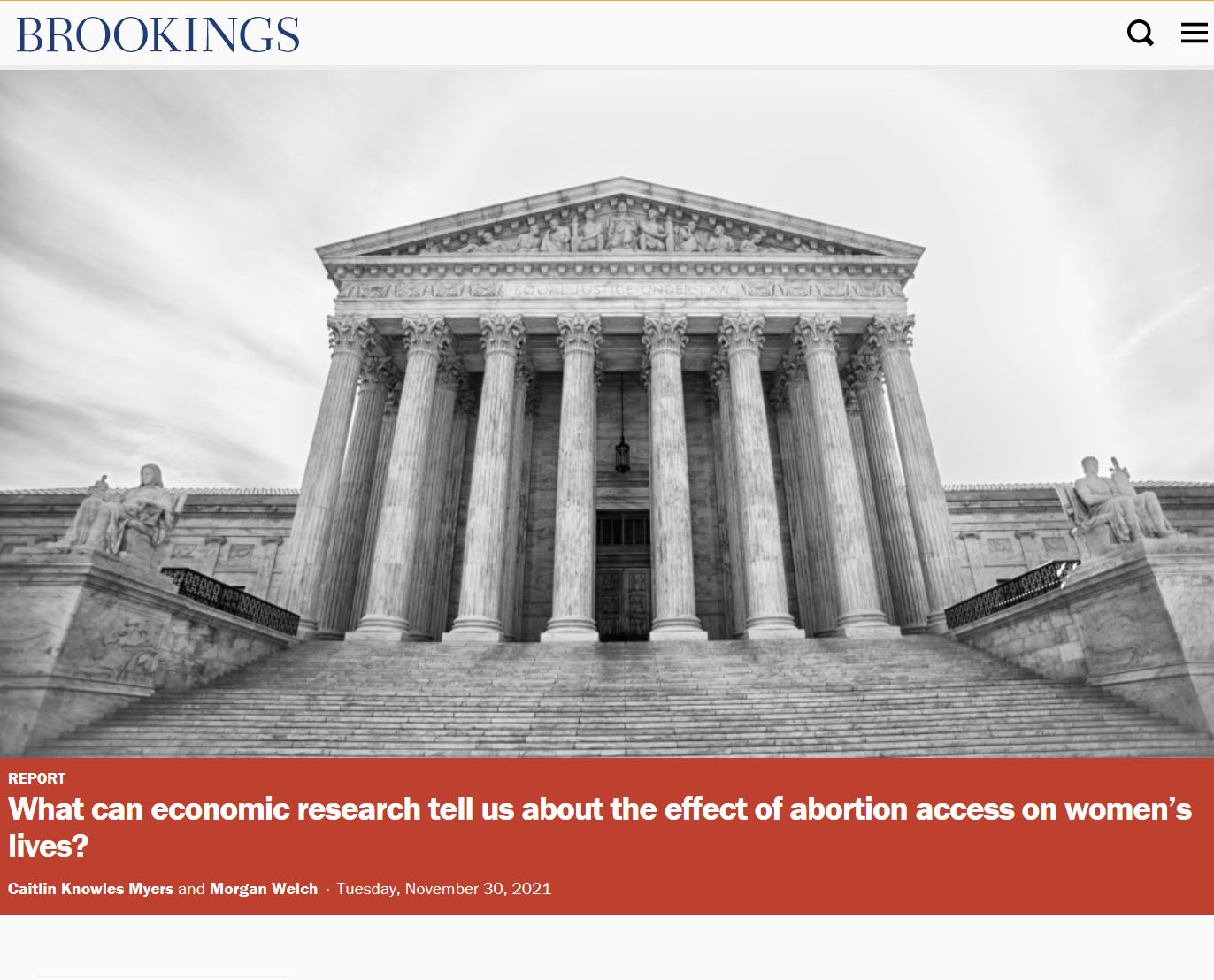