This special report is based on the 2013 China chapter of Freedom House's annual Freedom on the Net survey. Freedom on the Net is a comparative analysis of internet freedom with a unique methodology, and includes a detailed narrative report and a numerical score for each country assessed. China's numerical score will be published as part of the full report. However, as the home of one of the most systematically controlled and monitored online environments in the world, it will no doubt retain its place among countries where Freedom House categorizes the internet as Not Free. As the Freedom on the Net 2012 survey noted, China increasingly serves as an incubator for sophisticated new types of internet restrictions, providing a model for other authoritarian countries. For this reason, Freedom House is publishing the 2013 China narrative as a special report, examining key developments during the Freedom on the Net coverage period (May 1, 2012, through April 30, 2013) in the context of the recent leadership change in the Chinese Communist Party. Like all Freedom on the Net narratives, the report offers a comprehensive examination of three aspects of internet freedom: 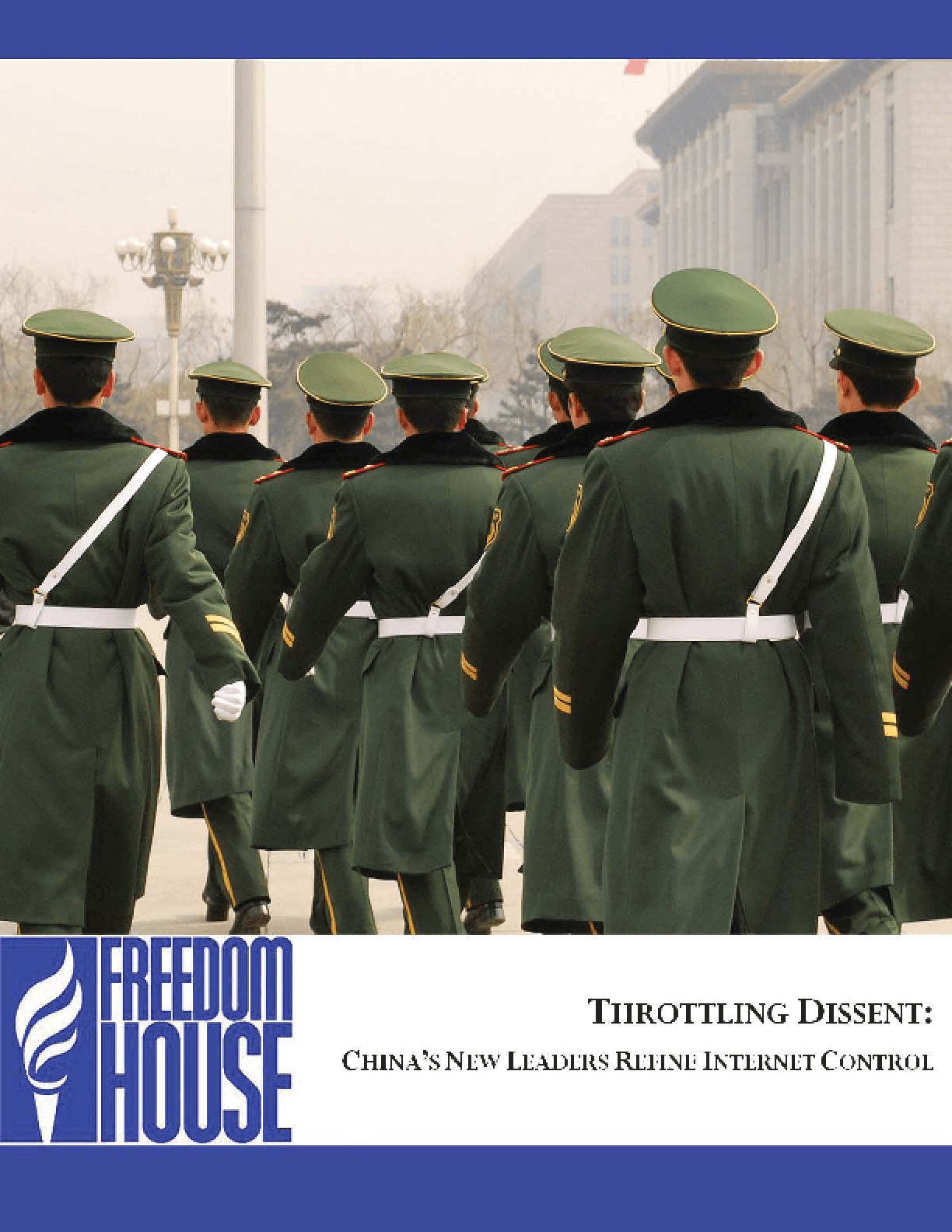