A Special Report By Public Citizen's Global Trade Watch and Critical Mass Energy and Environment Program. A review of U.S. government "system" audits of five nations (Brazil, Mexico, Argentina, Australia and Canada) reveals that the U.S. Department of Agriculture (USDA)'s Food Safety and Inspection Service (FSIS) deemed "equivalent" systems with sanitary measures that differ from FSIS policy, and in some cases, violate the express language of U.S. laws and regulations. Because FSIS has refused to respond to Public Citizen Freedom of Information Act requests for correspondence and other documentation regarding these equivalency decisions, it is impossible to determine what is the current status of these issues and whether they have been resolved by regulators. - The U.S. law requiring meat to be inspected by independent government officials was violated by Brazil and Mexico and they retained their eligibility to export to the United States. - The USDA's zero tolerance policy for contamination by feces was repeatedly violated by Australia, Canada and Mexico. - U.S. regulations requiring monthly supervisory reviews of plants eligible to export be conducted on behalf of USDA by foreign government officials were violated by Argentina, Brazil, Canada and Mexico, several of whom are seeking to avoid this core requirement of U.S. regulation. Monthly reviews are vitally important to remind the meat industry that the meat inspector who works the line in the plant is backed by the weight of the government and to double-check the work of meat inspectors on a regular basis. - Even though U.S. regulations requiring that a government official -- not a company employee -- sample meat for salmonella microbial contamination, the USDA approved company employees performing this task as part of an equivalency determination with Brazil and Canada. - Even though U.S. regulations require certain microbial testing to be performed at government labs, the U.S. approved testing by private labs as part of the equivalency determination with Brazil, Canada and Mexico. - Unapproved and/or improper testing procedures and sanitation violations have been re-identified by FSIS year after year for Australia, Brazil, Canada and Mexico, but the countries have retained their eligibility to export to the United States. - After its regulatory systems was designated "equivalent," Mexico began using alternative procedures for salmonella and E. coli that had never been evaluated by FSIS, yet the country retained its eligibility to import to the United States. - Australia and Canada were allowed to export to the United States while using their own methods and procedures for such matters as E. coli testing, postmortem inspection, monthly supervisory reviews and pre-shipment reviews while awaiting an equivalency determination from FSIS. - FSIS auditors and Canadian food safety officials continue to disagree about whether particular measures have already been found "equivalent" by FSIS, yet Canadian imports remained uninterrupted. - The regulatory systems of Brazil and Mexico have been rated equivalent even though the countries plead insufficient personnel and monetary resources to explain their inability to carry out all required functions. 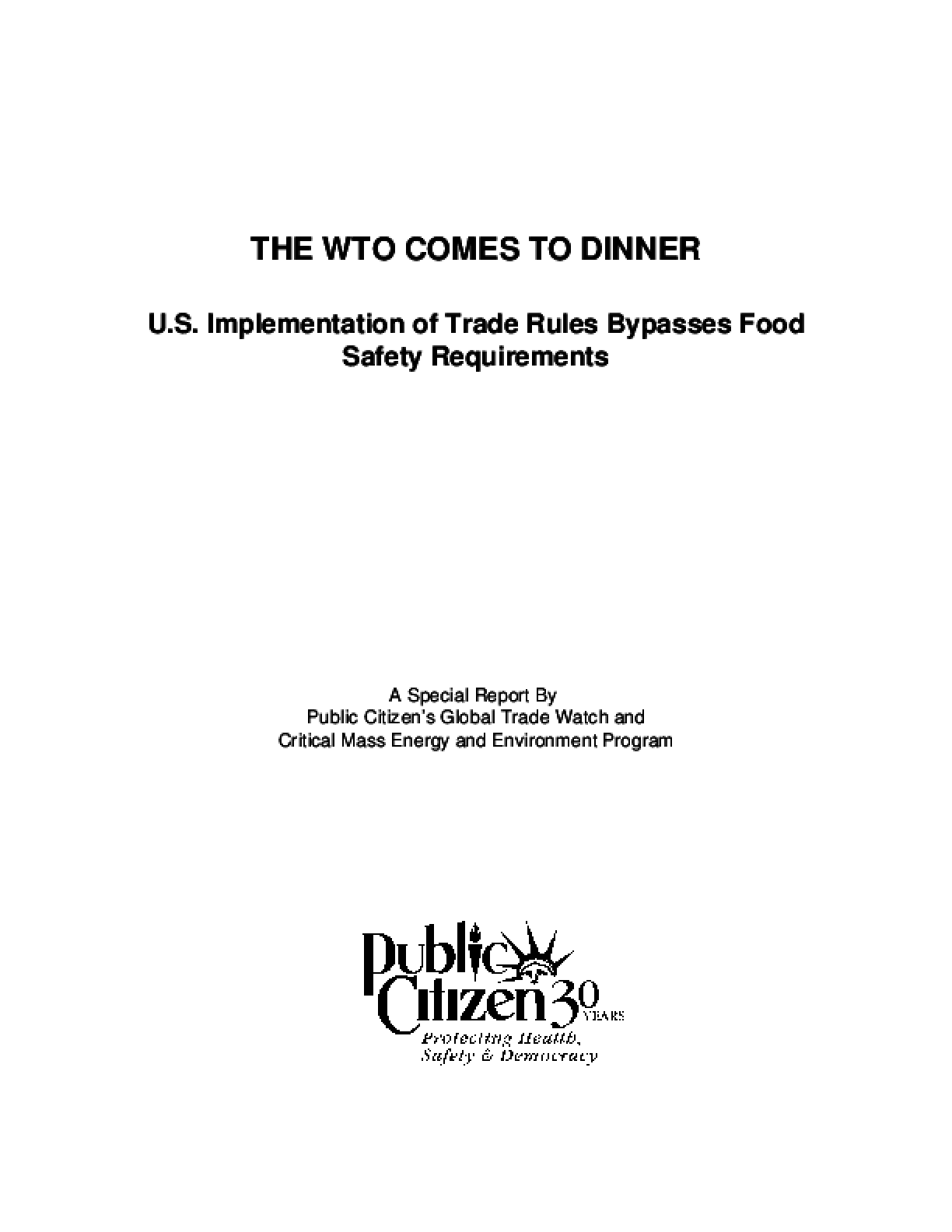