The Science of Prayer: Opportunities and Limits

Am I alone? Can anyone hear me? Whether expressed in words or sensed emotionally, it is possible to imagine these questions as the beginnings of the first prayer. Likewise, it is easy to imagine that, once begun, the ways of praying quickly multiplied to include discrete thoughts, behaviors, and emotions, accompanied by physical objects, employed in specific locations, both built and naturally occurring. These experiential and physical developments accompanying the act of prayer, it turns out, are comparatively easy to measure and, in some cases, predict.

More challenging is the effort to discern the origins and function of prayer. Some will argue that the impetus to pray comes from outside the person who prays; a divine or "cosmic" force inspires the act. Others will contend that the impulse arises purely from within the individual; it is fundamentally a form of self-talk. The stance adopted establishes the terms of investigation to be conducted and places limits around possible conclusions. This initial ambiguity is not resolvable by scientific researchers because their intellectual tools and conceptual language do not function effectively in this philosophical domain. Nonetheless, to sidestep these questions entirely is to miss the opportunity to systematically explore how these perspectives in and of themselves are amenable to scientific study. 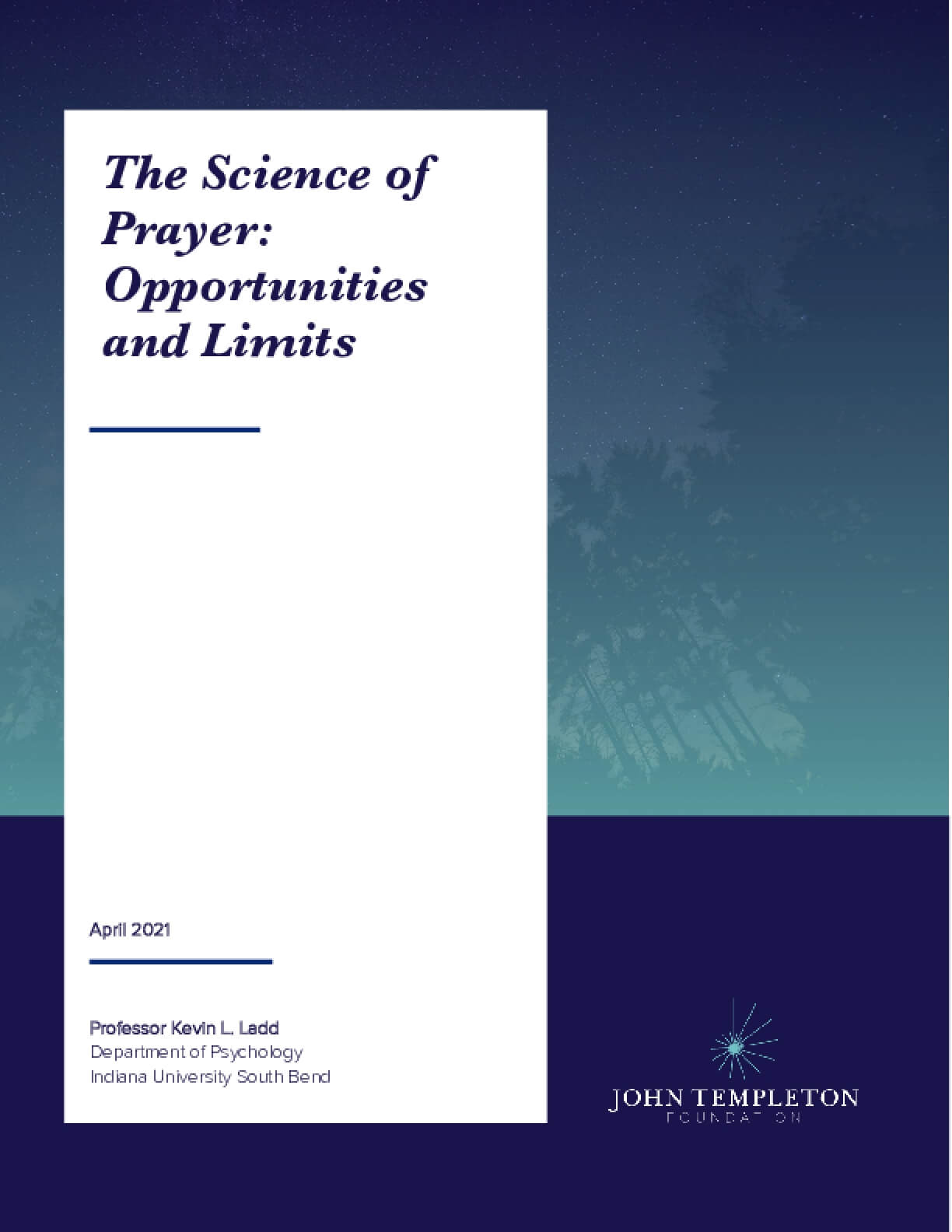