The psychological effects of forced family separation on asylum-seeking children and parents at the US-Mexico border: A qualitative analysis of medico-legal documents

The U.S. government forcibly separated more than 5,000 children from their parents between 2017 and 2018 through its "Zero Tolerance" policy. It is unknown how many of the children have since been reunited with their parents. As of August 1, 2021, however, at least 1,841 children are still separated from their parents. This study systematically examined narratives obtained as part of a medico-legal process by trained clinical experts who interviewed and evaluated parents and children who had been forcibly separated. The data analysis demonstrated that 1) parents and children shared similar pre-migration traumas and the event of forced family separation in the U.S.; 2) they reported signs and symptoms of trauma following reunification; 3) almost all individuals met criteria for DSM diagnoses, even after reunification; 4) evaluating clinicians consistently concluded that mental health treatment was indicated for both parents and children; and 5) signs of malingering were absent in all cases. 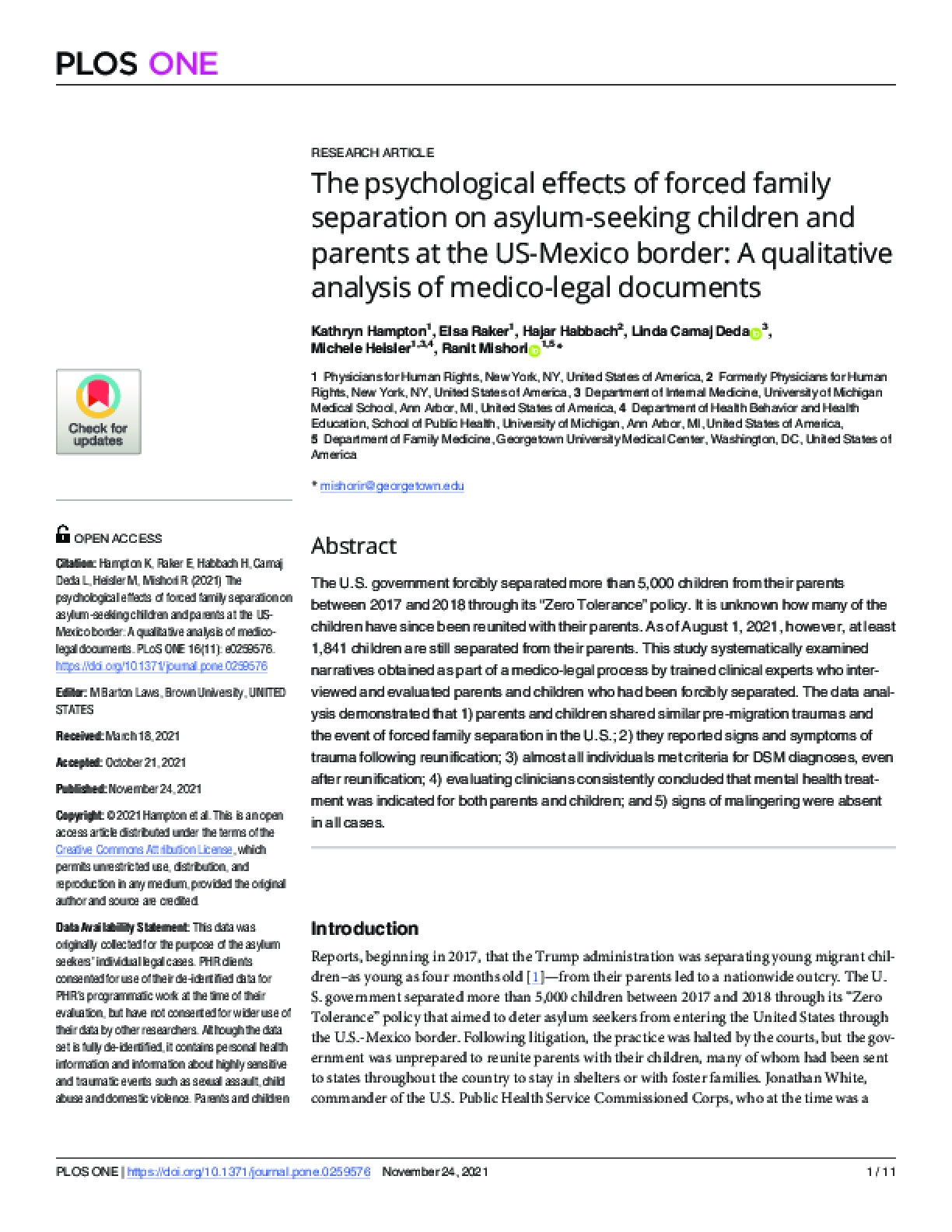