The Impact of Homophobia and Racism on GLBTQ Youth of Color

As members of more than one minority group, GLBTQ youth of color face special challenges in a society which often presents heterosexuality as the only acceptable orientation and in which nonwhites have disproportionately higher rates of negative sexual outcomes. Economic and cultural disparities, as well as sexual risk taking and other risk-taking behavior, make these youth vulnerable to HIV, pregnancy, and sexual violence. Holistic, culturally competent health care is essential to their well being. Sexual identity formation is not significantly influenced by cultural factors; that is, studies have shown no significant differences between white youth and youth of color in mean age of being "out to self" (16 for young women, 15 for young men); age coming out to others (17 for young women and young men), or age of first homosexual sexual experience (17 for young women, 16 for young men). Black and Latino youth also did not differ from white youth in acceptance of their own sexuality. But while GLBTQ youth of color develop similarly to white youth, they must bear the twin burdens of racism and homophobia. 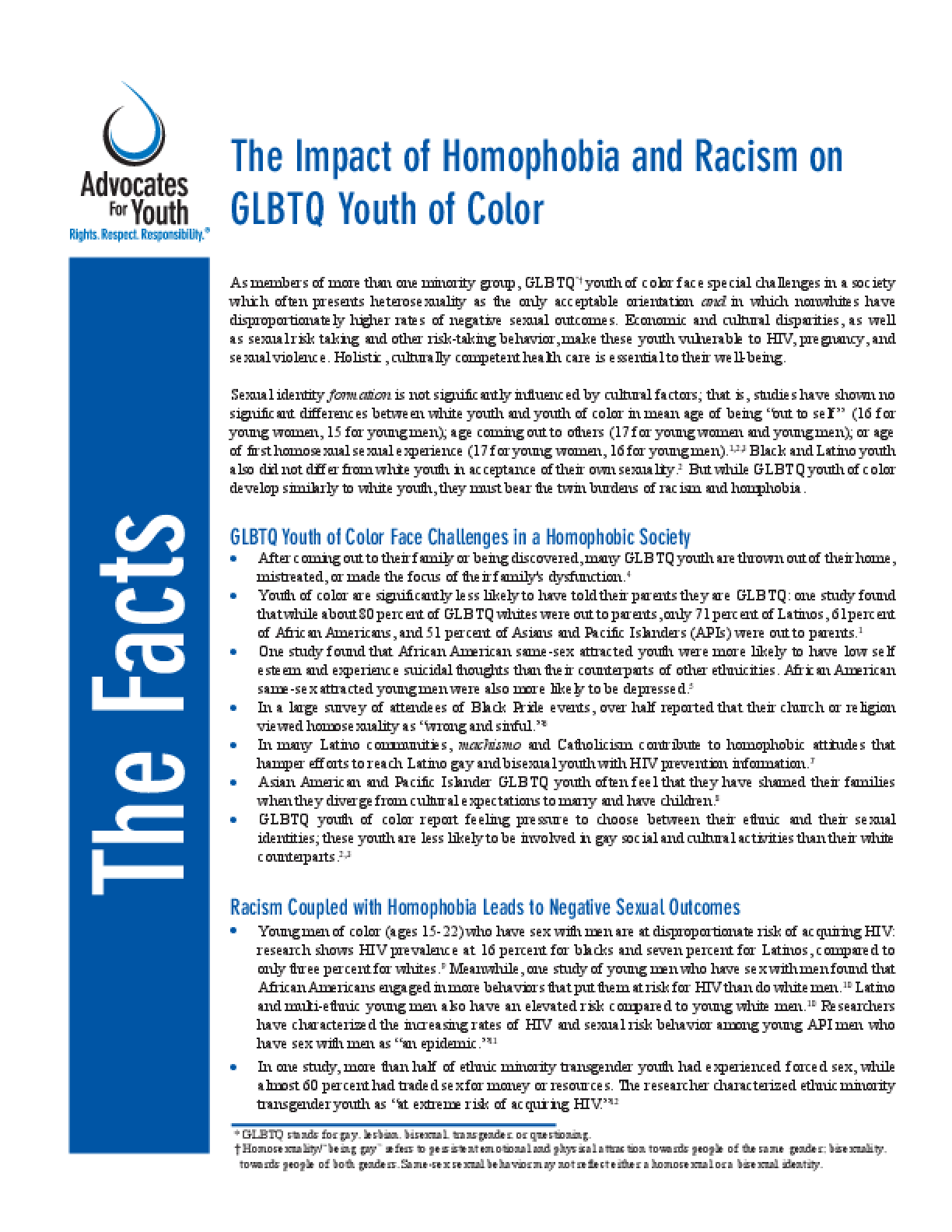