The Organizing Committee for the 2008 Beijing Olympic Games issued the "Beijing Olympic Action Plan," which laid out guiding principles and a series of promises as part of Beijing's preparations to be host city. In 2003,Human Rights in China (HRIC) launched the Incorporating Responsibility 2008 Campaign to encourage Beijing to keep these promises. HRIC issued an initial assessment of Beijing's progress in a 2005 report entitled "Promises, Promises." This update focuses on what has happened over the past two years and what remains to be done before the Games open in August of 2008. 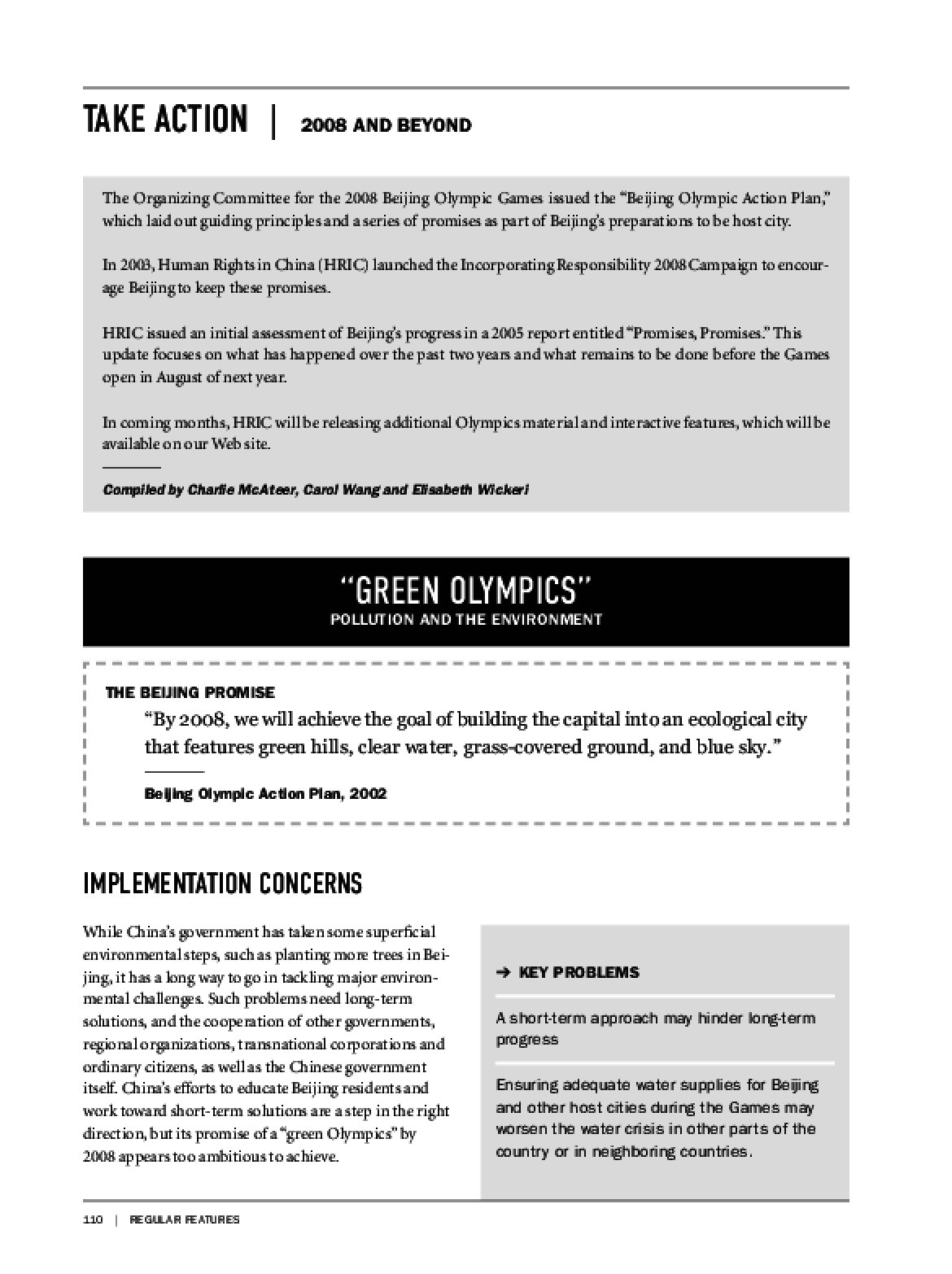