State Abortion Legislation in 2021: A Review of Positive and Negative Actions

Numerous states have passed legislation this year designed to undermine or completely block access to abortion care, as they have since the U.S. Supreme Court decided Roe v. Wade in 1973. But these legislative efforts are distinct from those of previous years in two ways. First is the difference in sheer quantity: In 2021, the United States has already seen the highest number of abortion restrictions enacted in a single year, according to the Guttmacher Institute. Second is the legal context: The constitutional and judicial landscape in which this newly enacted legislation will operate, under a majority-conservative Supreme Court, is particularly tenuous.

In May 2021, the Supreme Court announced that it would hear Dobbs v. Jackson Women's Health Organization, a case challenging Mississippi's 15-week abortion ban. And in September 2021, the Supreme Court allowed a Texas law, S.B. 8, to take effect. S.B. 8 effectively prohibits abortion after six weeks and creates a private right of action that allows "any person" to sue anyone who helps a person access abortion care, including abortion providers, abortion funds, family members, or friends. Both of these laws directly contradict Roe v. Wade and Planned Parenthood of Southeastern Pennsylvania v. Casey, which guarantee the right to abortion and prohibit states from barring it before the point of viability.

This issue brief breaks down the abortion bans and restrictions that state legislatures have passed this year, such as the most recent law in Texas, as well as highlights states that have protected and expanded abortion rights. 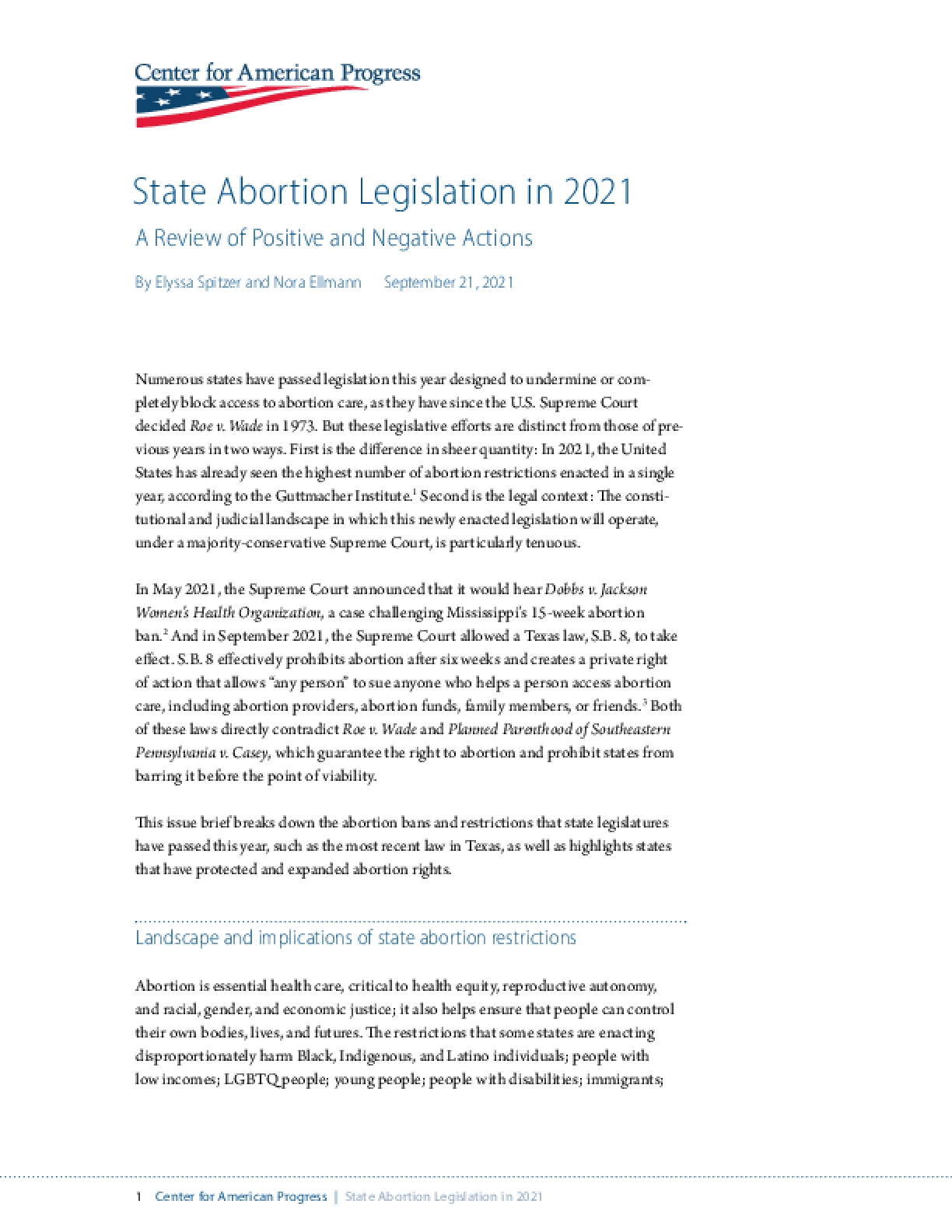