From humble beginnings, the Squash Racquets Association of Malaysia (SRAM) popularized a little known club-based sport played by a few enthusiasts and put a nation on the world sporting map with a series of international champions.

Nicol David, the superstar of squash in Malaysia and seven time world champion, is one notable result of a commitment a group of squash enthusiasts made 41 years ago: to popularize the sport in the capital city of Kuala Lumpur and in clubs around the country. Today, thanks to the SRAM, more than 4,000 young people play squash in Malaysia, including many inspired by David's unprecedented success.

The government of Malaysia, through the National Sports Council (NSC), is the biggest sponsor of SRAM's programs and its athletes. It is through NCS's sponsorship that SRAM continues to pursue its founders' vision: transform a sport and develop world-class players. 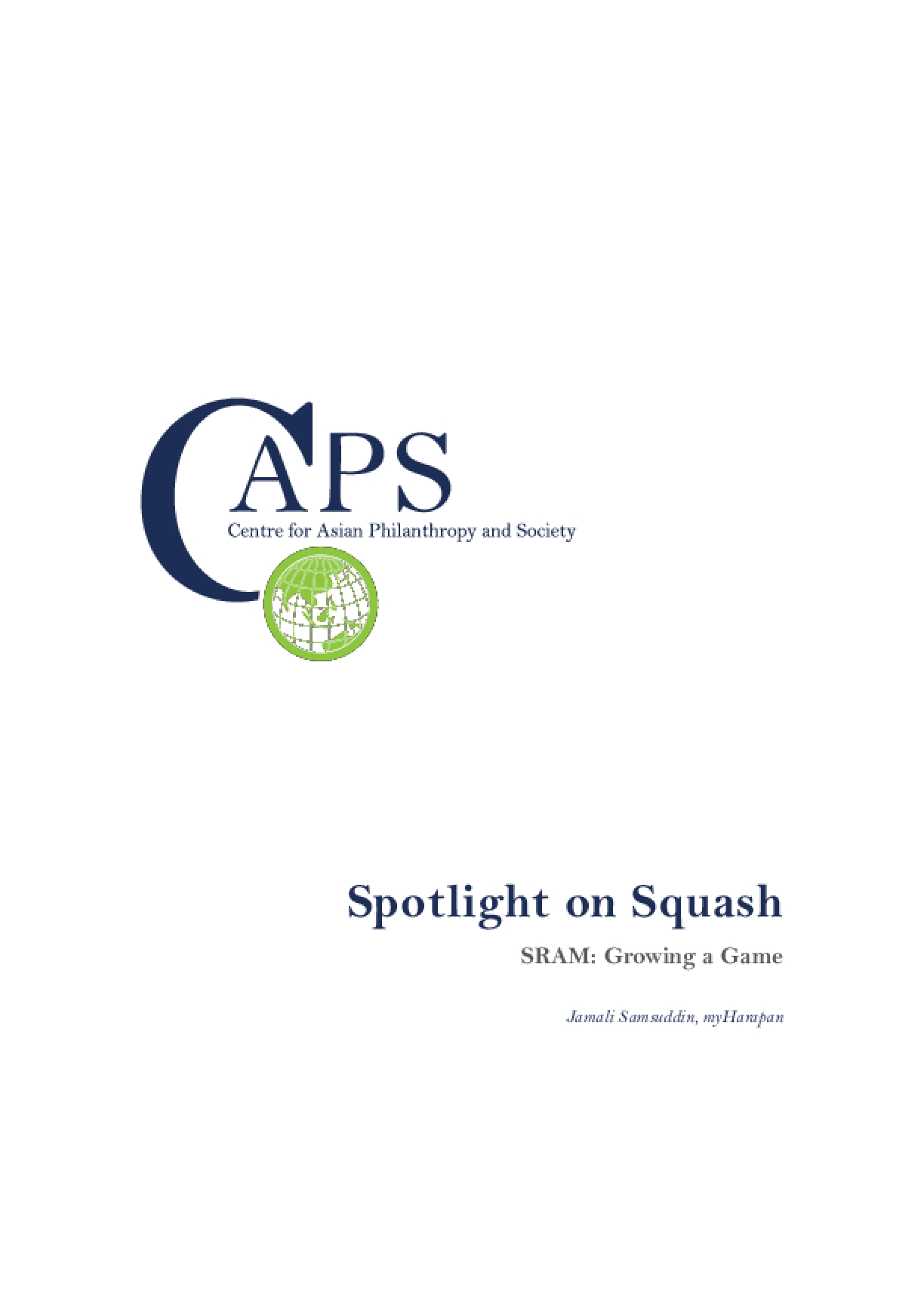