The Roma Early Childhood Inclusion (RECI) studies and reports aim to build a comprehensive and detailed picture of the extent of early childhood provision and services, available to Romani families. The studies have been carried out in five countries—Czech Republic, Hungary, Macedonia, Romania and Serbia—and  endeavour to identify the major obstacles that Romani families face in accessing high-quality, socially inclusive, early childhood care and education. More generally, the studies and reports deliver data and information about communities that are often ignored or misrepresented by official statistics, government policies, ministerial strategies and plans for spending.

As previous studies carried out by Open Society Foundations have shown—No Data—No Progress, 2010—the lack of reliable data hampers any attempt to measure the impact of government or international NGO intervention. Planning services and allocating resources to Romani communities are the consequence of "guesswork" rather than knowledge and careful study. The Roma Early Childhood Inclusion reports present a distillation of the most recent and reliable data to be had, in these circumstances, drawn from the actual communities themselves, through interviews and focus groups. Government strategies, policies and action plans are all assessed in this context; what has been the effect of the initiatives aimed at improving the economic and social position for Romani families, in these countries?

This Overview Report draws upon data from the five country studies, carried out by Romani and non-Romani researchers working together, to present what are the themes and topics of most relevance to families and young children in settlements and neighbourhoods across central, eastern and south-eastern Europe. A profound lack of equality of access and services, beset by numerous obstacles, characterizes the overall picture, for Roma. The numbers of Romani children that have access to good quality, early childhood education and care provision or who can participate in community and home-based learning programmes, remains minimal in comparison with the surrounding, majority populations.

The desperate need for Romani children to be able to access, at least for two years, high-quality, socially inclusive, early childhood education and care services and benefit from effective home visiting and community-based early childhood development (ECD) programmes, is a particular theme throughout the report. This is a minimum requirement that the partner organizations (UNICEF, Open Society Foundation's Early Childhood Program and Roma Education Fund) advocate for at national and international levels, if progress is to be made in improving education outcomes for Romani children.

The scale of the changes that need to be undertaken in order to provide equal opportunity for Romani children and families requires that national governments and international institutions (such as the Council of Europe, the European Commission and the European Union's Parliament) act, following the recommendations that these reports deliver. 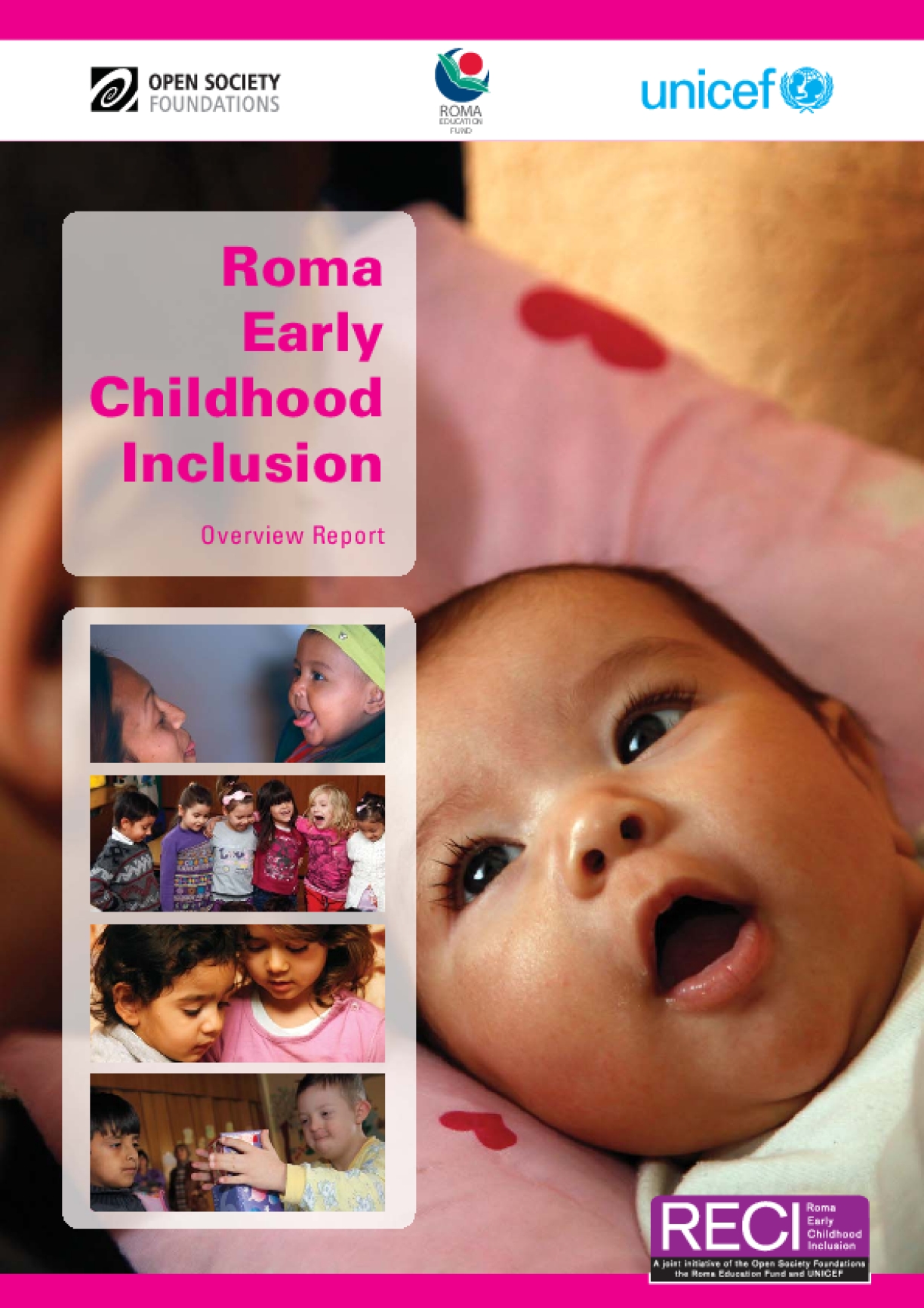