This document presents a report on promoting economic empowerment of adolescent women and young girls. In October 2008, the World Bank launched the Adolescent Girls Initiative, a public-private partnership to promote the transition of adolescent girls from school to productive employment through innovative interventions that are tested, and then scaled-up or replicated if successful. The initiative is being piloted in 8 countries Afghanistan, Jordan, Lao PDR, Liberia, Haiti, Nepal, Rwanda, and South Sudan and is currently reaching some 17,000 girls. The objective of the Promoting Economic Empowerment of Adolescent Women and Young Girls project in Rwanda is to provide skills training and employment placement services to young women to enable them to establish themselves in profitable small enterprises. The interventions aim to provide them with a set of technical, business and life skills, along with institutional and social support, mentoring and links to credit. 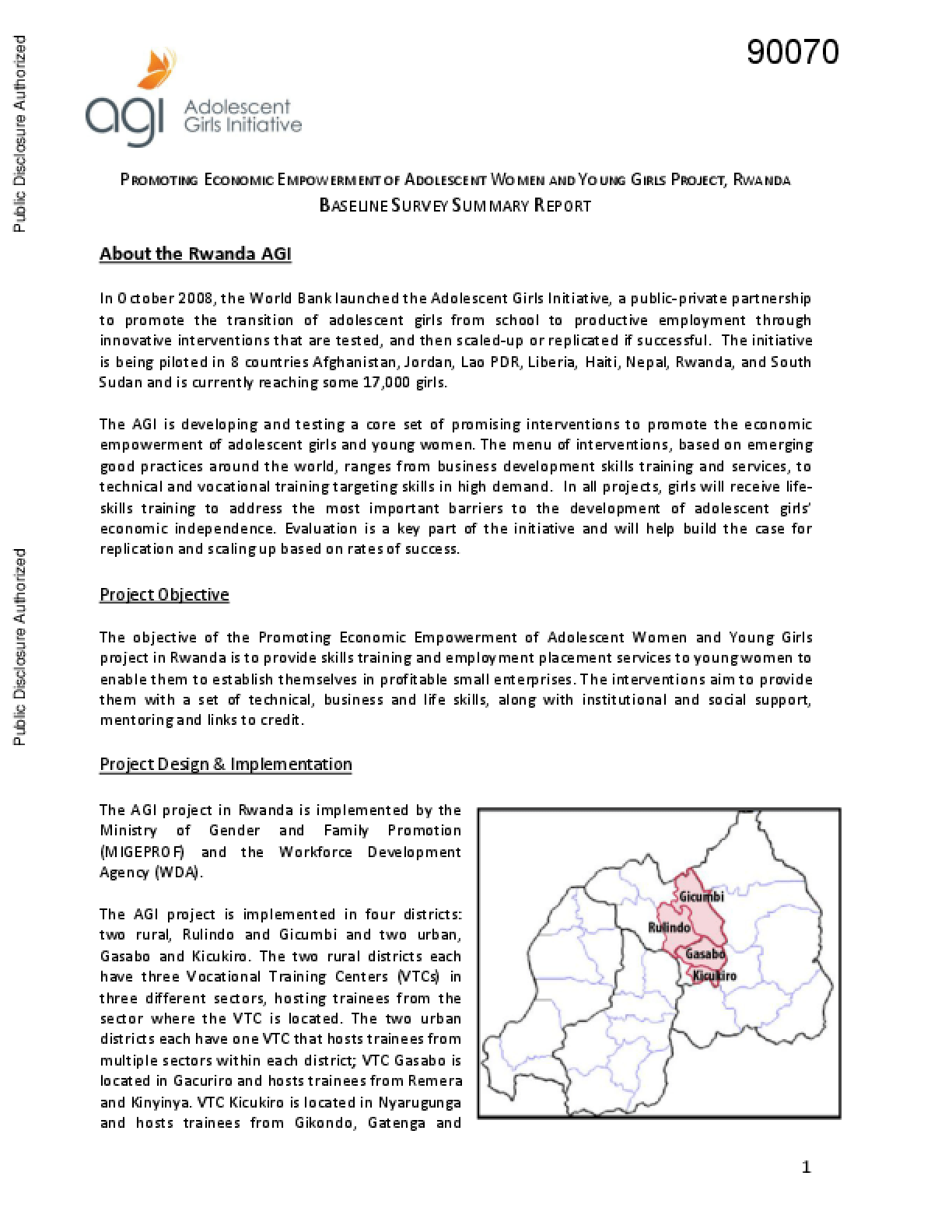