In November of 2016, over ninety people attended the NH Blue and You community conversation at Flight Coffee Co. in Dover, New Hampshire. NH Blue and You―a partnership of the Seacoast and Manchester NAACP, NH Listens, and the NH Association of Chiefs of Police―was initiated to provide interested communities an opportunity for conversation between residents and law enforcement on critically important policing issues. The local event was hosted by the Dover Police Department, Dover Listens, the Dover Housing Authority, and the Greater Dover Chamber of Commerce.The discussions took place on the evening of Tuesday, November 15, 2016 from 5:30 p.m. to 8 p.m. and were open to the entire community. Save the date information and flyers were shared through a variety of methods in the community (flyer may be found in Appendix A). Only two individuals preregistered, but the room quickly filled with ninety-two total attendees, including about twelve officers from the Dover Police Department. Participants were split into nine small groups, each with a trained facilitator. 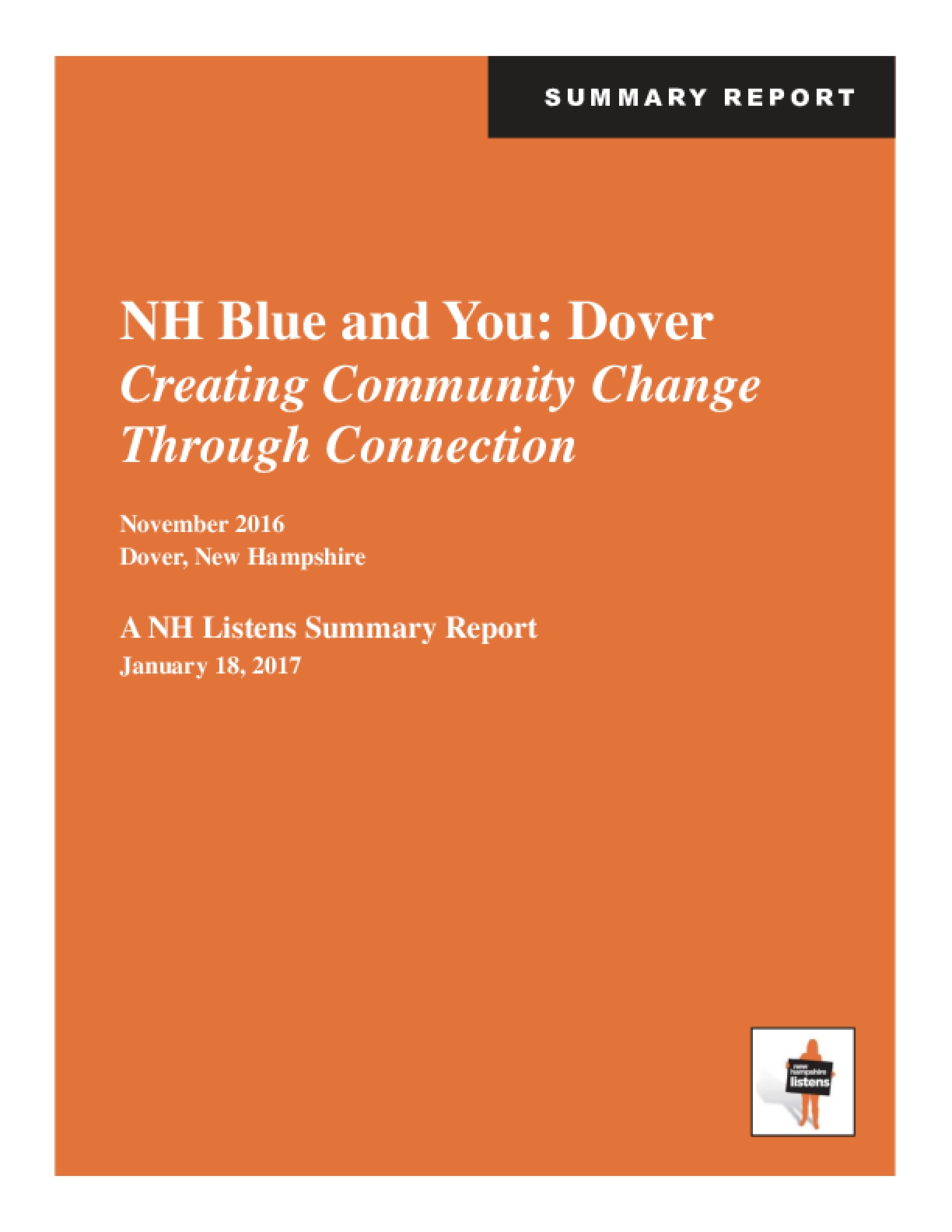