Making the Connection: How Provider Dialogue and Network Clusters Can Spur Successful Collaboration

In 2005, the Forbes Funds commissioned a report called Service Clustering: Building Cohesive Public Service Capacity that described collaboration as a way to achieve greater efficiency through shared back-office or non-mission critical functions without reducing consumer choice. The researchers argued that collaboration could best be induced by focusing on providers that are geographically close together and that provide an overlapping set of services. According to the report, "It is easier to share, communicate, and collaborate with your neighbor than with an organization separated by distance." Though this idea is compelling, it has become clear in the years since the 2005 report that the identification of geographic clusters is not sufficient to inspire a host of new collaborations. Formal collaboration, the kind suggested in the past report and the focus of this work, remains a relatively rare phenomenon. Convinced that collaboration continues to promise greater efficiency and effectiveness when successfully implemented, The Forbes Funds revisited the topic this year, hoping to gain further insight into the factors that make collaboration successful and to identify additional clusters of providers that could provide the greatest potential for collaboration. 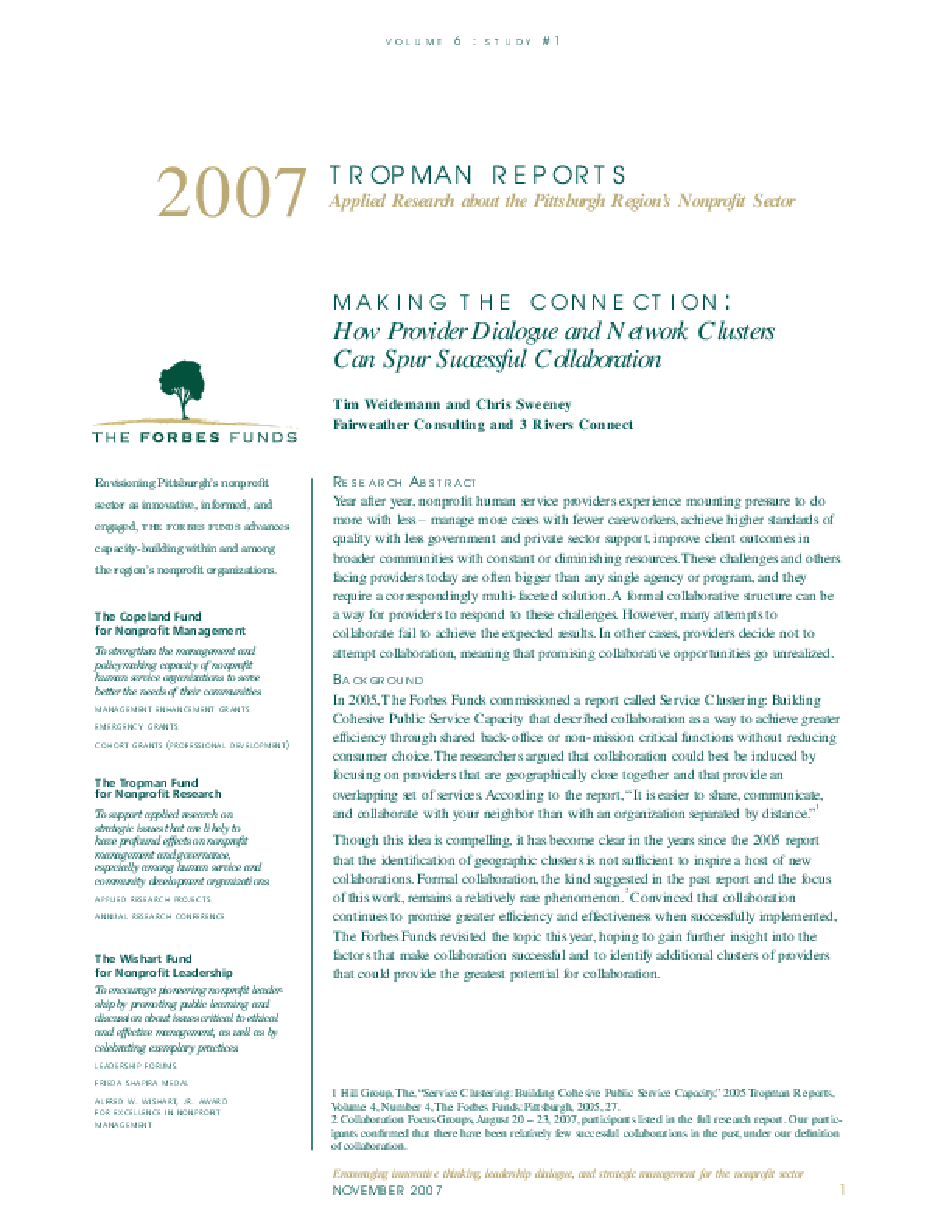