Investing in FEMA: A Role for Government in Protecting Opportunity

The Federal Emergency Management Agency (FEMA) played a central--and often controversial--role in the federal government's response to Hurricanes Katrina and Rita. Subsequent investigations have revealed that the agency made critical missteps during those disasters and was slow to address the basic needs of people in the Gulf Coast region. But the history of FEMA shows that it can be an important and effective component of our country's disaster response and recovery system. The FEMA that responded to Hurricanes Katrina and Rita was weakened by systematic disinvestment over time, which diminished the agency's ability to address national disasters. Unfortunately, FEMA's diminished role is part of a larger pattern of disinvestment in federal agencies responsible for security and opportunity in America. While FEMA is a noteworthy example with dramatic consequences, it is only one of many important federal programs that now lack adequate resources and authority. FEMA's history also shows that reinvesting in our government's capacity to address national problems yields both immediate and long-term benefits for our country. This fact sheet reviews that history and offers recommendations for rebuilding our national infrastructure for safety and opportunity. 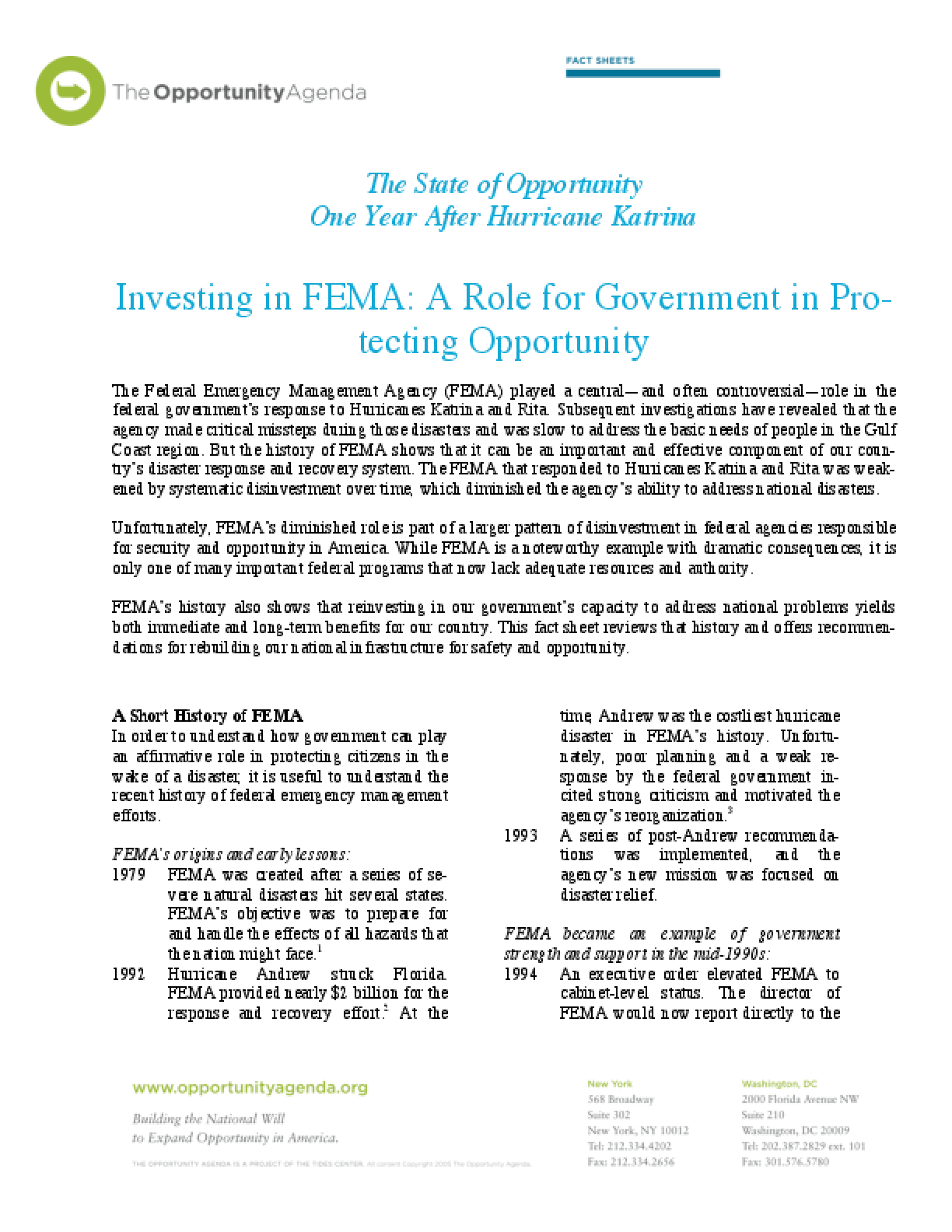