Frontline Issues in Nutrition Assistance: Hunger 2006 argues the fastest, most direct way to reduce hunger is to improve nutrition assistance programs. In the United States, the government has pledged to cut hunger in half by 2010. Will it happen? Not without an aggressive approach. Internationally, we also find ourselves pursuing another deadline, the Millennium Development Goals (MDGs). The MDGs, including the first goal of halving hunger, come due in 2015. Presently, we are not on track to reach that goal in some of the worst stricken areas of the world. Nutrition assistance programs have been proven highly effective and affordable. Hunger 2006 calls for strengthening these. In the United States, that means improving existing federal programs. In the developing world, we focus on nutrition interventions that will have an immediate impact on the most vulnerable groups, especially women and children. The time is now for stepping up efforts to end hunger, and Hunger 2006 shows how to do it. 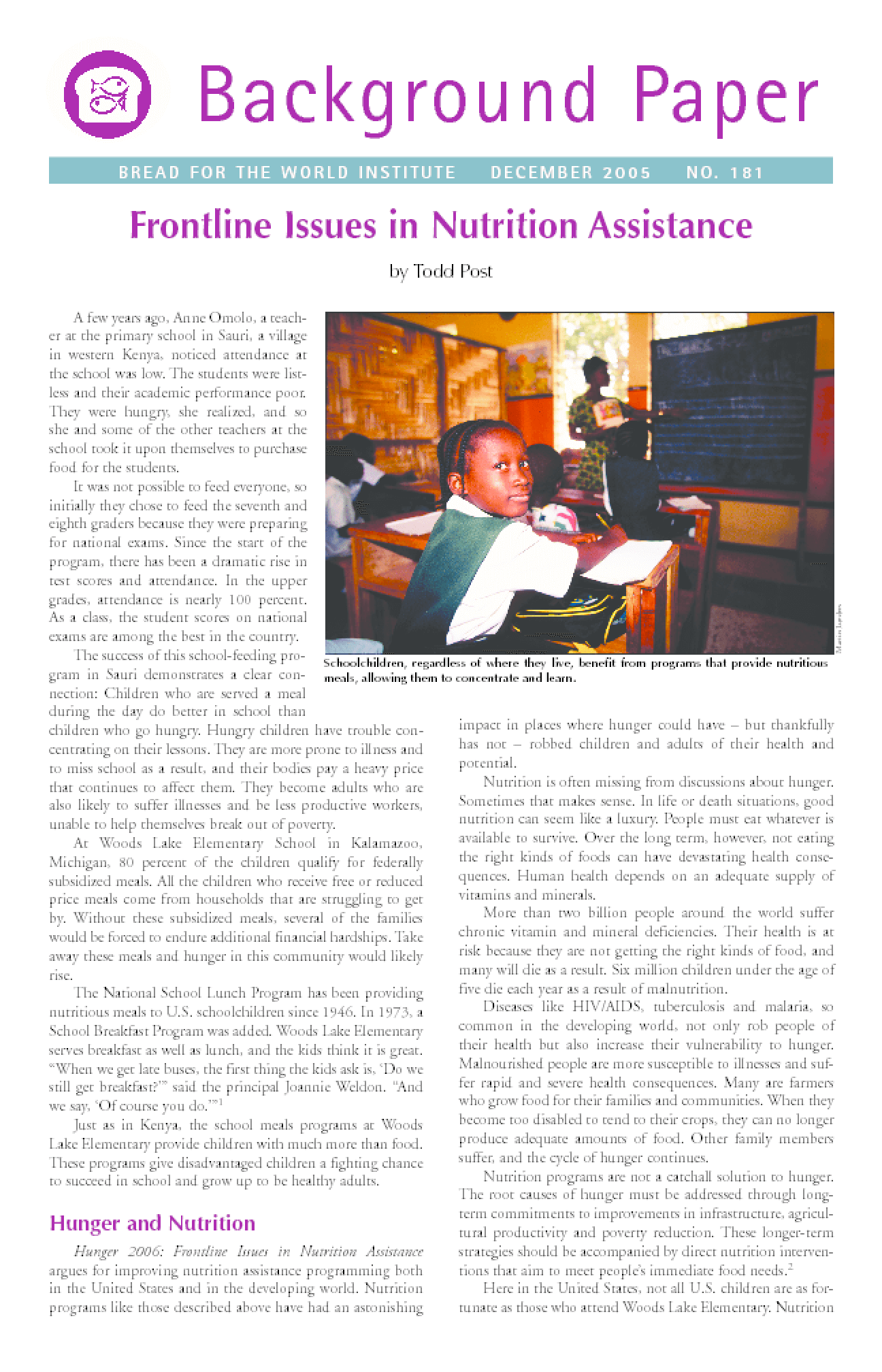