People over the age of 50 are a key demographic in Illinois, making up a third of the state's overall population. Older Illinoisans are also well-represented among Illinois' lesbian, gay, bisexual, transgender, and/or queer (LGBTQ) community. Of the estimated 506,000 LGBTQ adults in Illinois, about one-quarter (24%) are over the age of 50.

AARP of Illinois is proud to stand with SAGE as well as with our colleagues at Equality Illinois, Pride Action Tank, Center on Halsted, and RRF Foundation for Aging, to present a new, ground-breaking report – Disrupting Disparities: Solutions for LGBTQ Illinoisans Age 50+.

Although a key part of Illinois' rapidly growing elder population, LGBTQ older adults remain largely invisible. Though resilient, LGBTQ older adults face significant disparities that are rooted in discrimination based on sexual orientation and gender identity, racism, a lack of legal and social recognition, a reliance on chosen family, reduced access to inclusive services, and other social determinants of health and well-being. Disparities are often compounded and thus even greater for the estimated 1 in 5 LGBTQ older adults of color.  The recommendations made in this report are equally critical for 50-plus LGBTQ Illinoisans, many of whom are older adults of color. 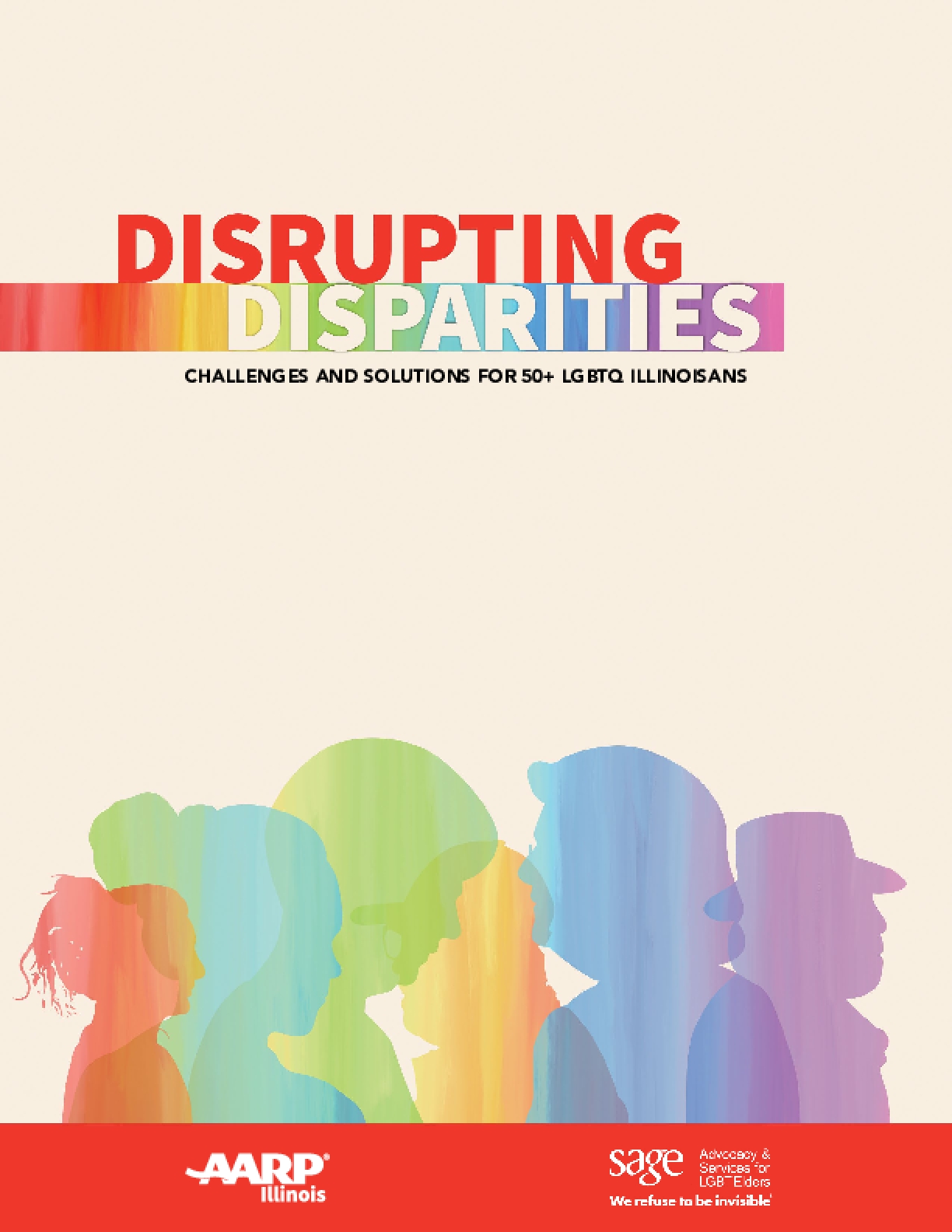