The purpose of this report is to make transparent racial inequities in the Power 5 conferences. Specifically, the author offers an analysis of Black men's representation on football and basketball teams versus their representation in the undergraduate student body on each of the 65 institutional members. He also compares Black male student-athletes' six-year graduation rates to rates for student-athletes overall, Black undergraduate men overall, and undergraduate students overall at each university. 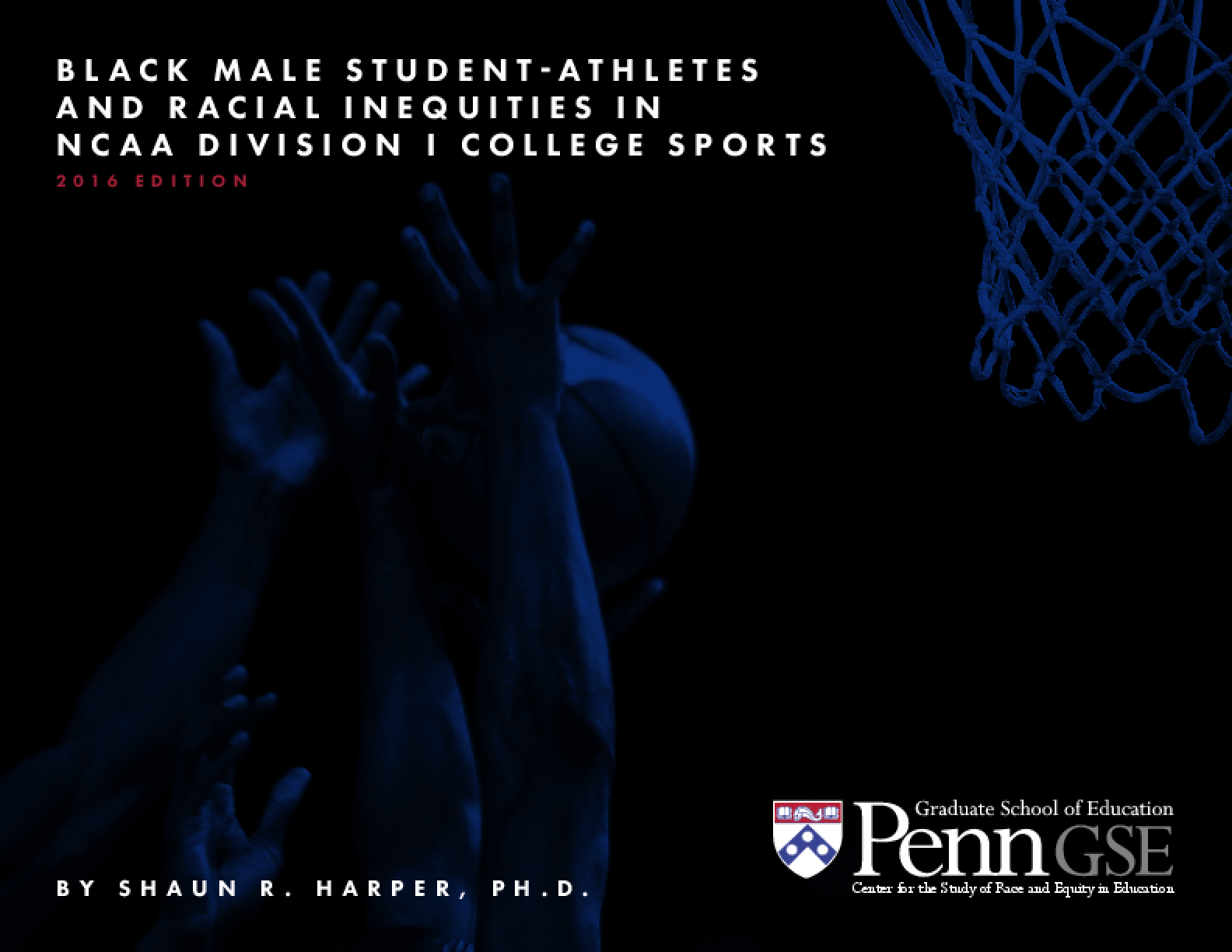