In September 2015, the Census Bureau released 2014 poverty data from the American Community Survey (ACS), the only regular source for reliably estimating child poverty in geographic areas below the state level using the official poverty measure. In this brief, we use ACS data to explore child poverty rates across the United States by region, state, and place type (rural, suburban, and city). We also examine data on children who are deeply poor (those in families with incomes below half of the poverty line), as well as low-income children (those in families with incomes less than twice the poverty line). We find that while child poverty declined nationwide between 2013 and 2014, that drop was not felt uniformly across the country: several states saw declines, a few states saw increases, and others saw no change at all. We also found substantial differences in the magnitude of change across rural places, suburbs, and cities. 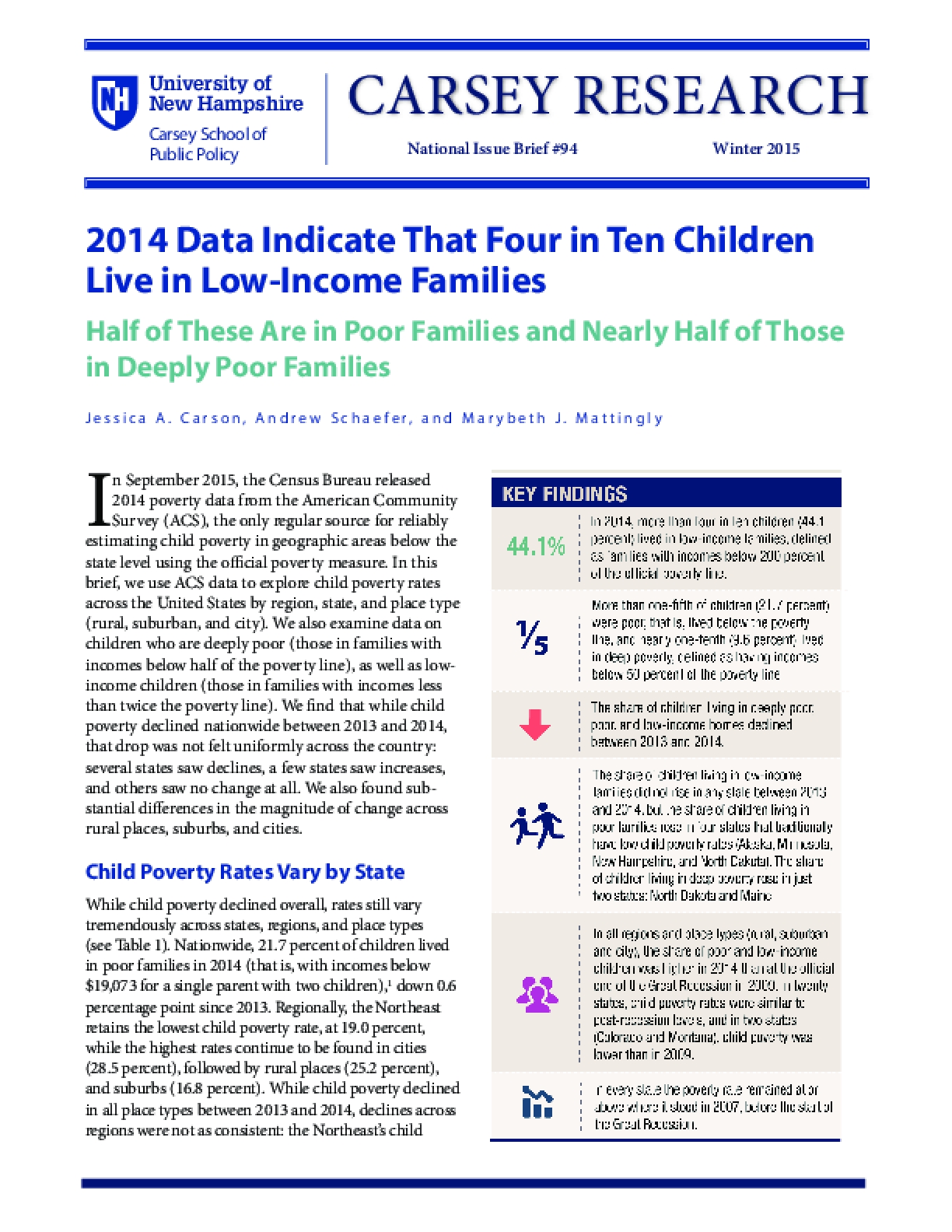