Sharks and rays' abundance can decline considerably with fishing. Community changes, however, are more complex because of species interactions, and variable vulnerability and exposure to fishing. We evaluated long-term changes in the elasmobranch community of the Adriatic Sea, a heavily exploited Mediterranean basin where top-predators have been strongly depleted historically, and fishing developed unevenly between the western and eastern side. Combining and standardizing catch data from five trawl surveys from 1948 -- 2005, we estimated abundance trends and explained community changes using life histories, fish-market and effort data, and historical information. We identified a highly depleted elasmobranch community. Since 1948, catch rates have declined by .94% and 11 species ceased to be detected. The exploitation history and spatial gradients in fishing pressure explained most patterns in abundance and diversity, including the absence of strong compensatory increases. Ecological corridors and large-scale protected areas emerged as potential management options for elasmobranch conservation. 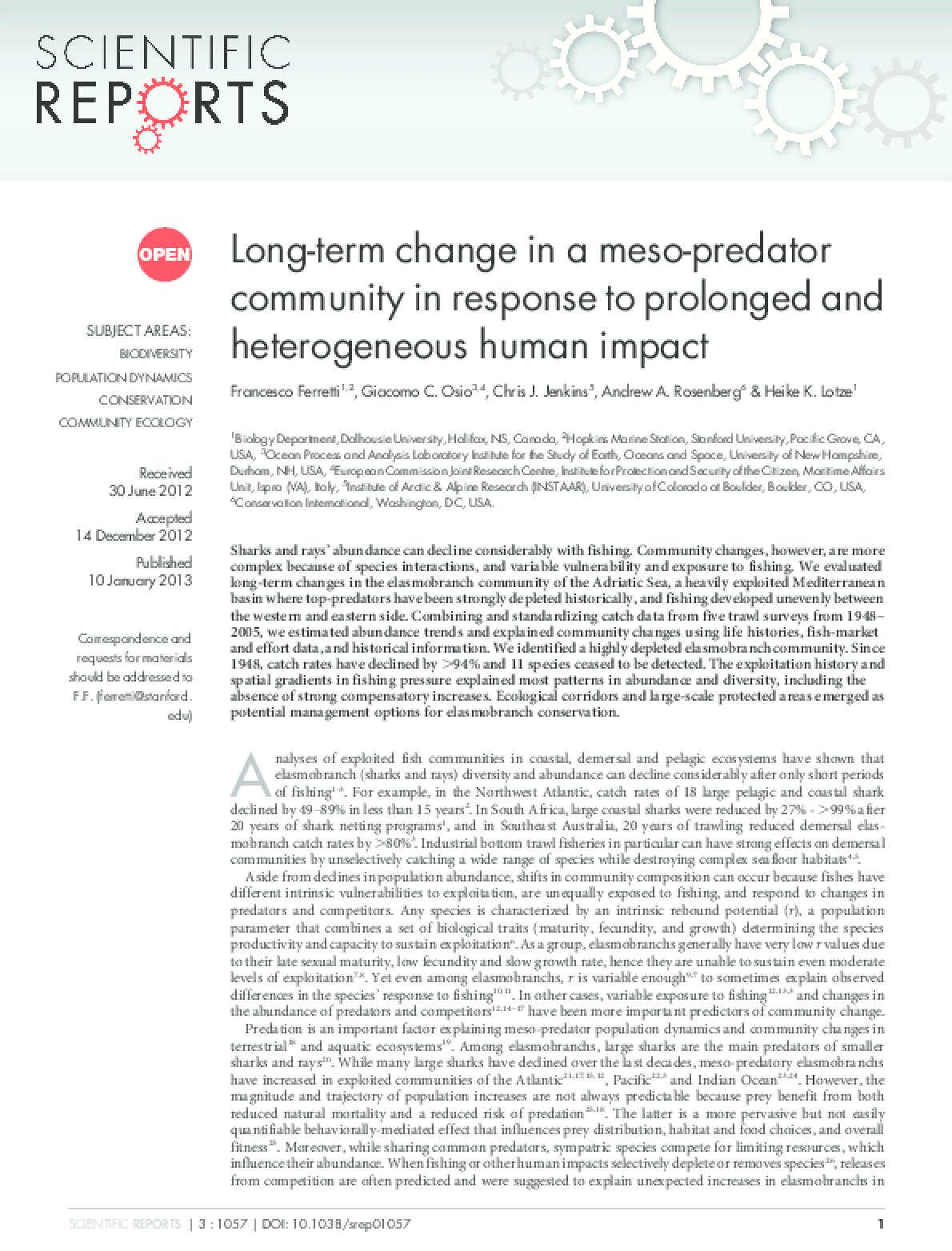